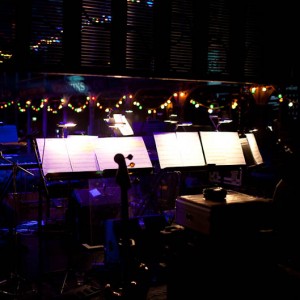 Icebreaker​ are a 12-piece contemporary music group founded by James Poke and John Godfrey in 1989. Since then Icebreaker have developed into one of the most exciting and cutting edge contemporary music ensembles in the world. Their characteristically individual repertoire includes some of the best known and most influential composers in contemporary music, such as Michael Nyman, David Lang, Michael Gordon, Gavin Bryars, Brian Eno, Philip Glass, Terry Riley, Barry Adamson and Donnacha Dennehy. 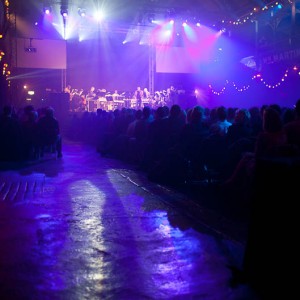 ​Icebreaker Performances
Icebreaker have appeared at most major contemporary music festivals around the world, including New York’s Bang on a Can Festival, the Lincoln Center Festival, South Bank Centre’s Meltdown, the Huddersfield Contemporary Music Festival, festivals in Warsaw, Aarhus, Gent, Grenoble and Budapest, plus Sonorities in Belfast, the Baltic Gaida Festival and the NYYD Festival in Estonia, as well as a dedicated three-day Icebreaker festival with the Vienna Musik Galerie and a featured concert accompanied by the Bochum Symphony Orchestra. Recent projects have included concerts to celebrate the 70th birthdays of composers Steve Reich, Philip Glass and Louis Andriesse.

Frequent visits to the United States include appearances at major venues such as Carnegie Hall (with the American Composers’ Orchestra in Stewart Wallace’s “The Book of Five”), the Lincoln Center in New York and the Kennedy Center in Washington. Regular performances in London have taken place in the Barbican Centre, the South Bank, Sadler Wells, the ICA and the Almeida Theatre, amongst others.​ 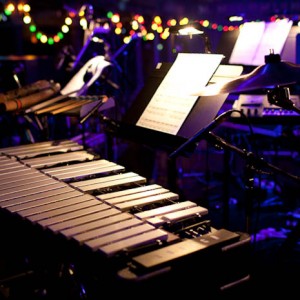 Apollo
​In summer 2009 Icebreaker premiered the live version of Brian Eno’s classc ambient album “Apollo” (music by Brian Eno, Roger Eno & Daniel Lanois) at the Science Museum IMAX cinema in London, performing live with the film “For All Mankind” by Al Reinert to celebrate the 40th anniversary of the moon landings. The new arrangement was made by South Korean composer Woojun Lee, chosen personally by Brian Eno and Icebreaker for the project, and featured the distinguished pedal steel guitar player B J Cole. The performances received an enthusiastic 5-star review in London’s Guardian newspaper and widespread acclaim
​
In spring 2010 a revised version of the arrangement was made by Lee, which was first performed at the Brighton Dome in two sell-out events as part of the Brian Eno-curated Brighton International Festival, the concerts also including song arrangements with Brian Eno appearing personally on vocals. The Apollo project has been toured extensively since, including two sold-out concerts at London’s Queen Elizabeth Hall, as well as performances at Camp Bestival, the Aldeburgh Proms, Glasgow City Halls, The Sage Gateshead, Dublin’s National Concert Hall, Birmingham Town Hall, and other venues in the UK, Ireland and Belgium. 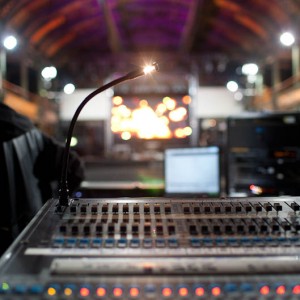 Icebreaker Recordings
Icebreaker’s first album “Terminal Velocity”, with music by Andriessen, Gordon, Lang, Gavin Bryars and Damian leGassick, was released in 1994 on Argo and re-released in a remastered version on New York-based label Cantaloupe Music in 2005. Their other releases on Cantaloupe are 2005’s “Cranial Pavement” (music by John Godfrey, Richard Craig, Yannis Kyriakides and Conlon Nancarrow), and a new version of Michael Gordon’s “Trance”: originally released on Argo in 1996, this classic and controversial 52- minute recording was completely re-worked and re-mixed for the 2004 Cantaloupe version.

In 2009 their version of “Music with Changing Parts” by Philip Glass was released on Orange Mountain Music. The piece is a significant early Glass work, unplayed for many years, which they were given special permission to revive and arrange by the composer.
​
Other albums include “Rogue’s Gallery” (NewTone), with works by Andriessen, Lang, Godfrey, Michael Torke and Steve Martland; “a portrait of Diderik Wagenaar” (Composers’ Voice) and “Extraction” (Between the Lines), containing music by leGassick and Gordon McPherson, and a remix by electronic artist Mel.
​
Their most recent release is the recording of Apollo, which was released on Cantaloupe Music in June 2012. 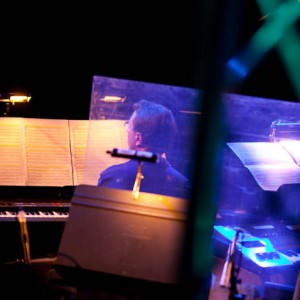 Icebreaker: Composition and Collaboration
Icebreaker have been resident ensemble at the Dartington International Summer School for the advanced composition course led by Louis Andriessen, and have held composition workshops in New York, London, Glasgow and Leeds, amongst others. In June 2005 they took part in the Popular Music course at Goldsmiths College in association with John Paul Jones (Led Zeppelin).

In 2003/4 Icebreaker initiated a major multi-media collaboration with the renowned Dutch ensemble Orkest de Volharding and singer Christina Zavalloni, entitled Big Noise. The project, consisting of four new commissions from leading composers from Britain and Holland, each working in conjunction with a video artist, toured major venues in the UK and the Netherlands, supported by the Arts Council Contemporary Music Network and the BBC.

Icebreaker have collaborated on a number of dance projects, most notably in two tours with Scottish Ballet in Ashley Page’s “Cheating, Lying, Stealing”, originally created by Page in collaboration with Icebreaker for The Royal Ballet at Sadler’s Wells in 1998. They have also performed the music for Siobhan Davies’s “White Man Sleeps” for Scottish Ballet.
​
In June 2004 “AtaXia”, a collaboration with Wayne McGregor’s company Random Dance, based on “Trance”, premiered at Sadler’s Wells, London with further performances in Amsterdam, Bruges and New York in 2005. 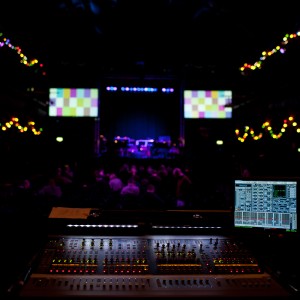 In 2013 Icebreaker will be mounting the second part of an ongoing examination of electronica in live performance with a new project, based around the music of Kraftwerk, in association with Tim Boon, chief curator at London’s Science Museum, with music created by J Peter Schwalm and a new film by Sophie Clements and Toby Cornish. Kraftwerk Uncovered was premiered at the Science Museum in January 2014, before touring in the UK and Ireland.

Other current projects include “Recycled” with new commissions by Ed Bennett, Paul Whitty, Linda Buckley, Craig Vear and Roy Carroll, a new arrangement of Glassworks (by special permission from Philip Glass), as well as further performances Kraftwerk Uncovered and Apollo. In 2016 a new version of Scott Walker’s “Epizootics” will be performed, to recorded voice and video, with permission from the artist, alongside a new work by Michael Gordon.
​
Since 2006, Icebreaker’s monthly internet radio show has been available totallyradio.com, where their own music can be heard alongside an eclectic and heady mix of music from a wide spectrum of genres.