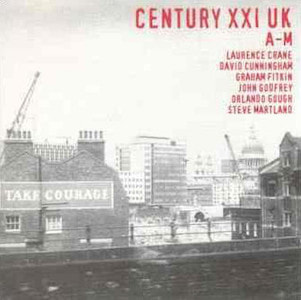 S.U.S.Y.W.I.M.P.S. was written in 1990 for the saxophonist Rick Longden. An acquaintance of mine, with some musical authority, found the original title Cod in a Tank too silly, so I changed it to its present title, which also has nothing to do with the music. If you’re interested S.U.S.Y.W.I.M.P.S. is the acronym for Super-Symmetrical Weakly Interactive Massive Particles, which, in the space of about three weeks, were postulated into existence and then disproved out of existence again.

The music of Re-Mix is based on a 17th Century model. The title refers ironically to the current fashion in pop music for ‘remixing’ songs. For example new material might be added, existing material reordered, the drum patterns changed etc. So too in this little piece, which was written for improvising/jazz performers, the original material is ‘remixed’ in various ways to sound like ‘hi-tech Baroque’.