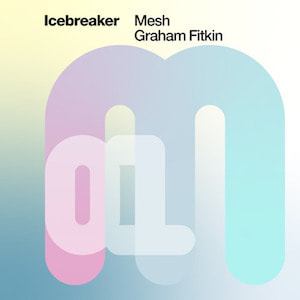 ​Buy at iTunes
Buy at Amazon
Stream at Spotify
Stream at Deezer
Mesh was written for Icebreaker in 1991 and is scored for three keyboards, three saxophones, electric guitar, bass guitar and two flutes (one doubling piccolo). Fitkin’s treatment of instrumental groups is austere and rigorous; the three saxophones work together as a single unit as do the flutes and each keyboard has a specific function within the texture.

Newly remastered, this permutation of the Mesh recording is quite a bit punchier, bringing it closer in line with live Icebreaker performances.