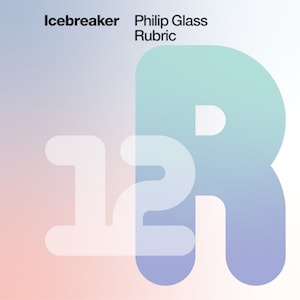 ​Buy at iTunes
Buy at Amazon
Stream at Spotify
Stream at Deezer
Rubric
​
Glassworks was created as an album for the Sony 'Masterworks' series in 1982, and designed to be an accessible studio-recorded work. The slow movements of the work have been performed frequently but the entire work is rarely performed live.

For its 30th anniversary, Philip Glass gave Icebreaker permission to make a new arrangement of Glassworks for live performance, which was first performed at Glasgow's Old Fruit Market in April 2012.

Rubric is the fourth movement from the work, featuring Glass's characteristic arpeggio style, and with the horns of the original transplanted onto guitars, vibes and strings.

This recording is from a performance at the The Old Fruitmarket, City Halls, Glasgow in 2012.