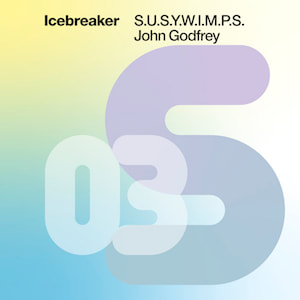 ​Buy at iTunes
Buy at Amazon
Stream at Spotify
Stream at Deezer
S.U.S.Y.W.I.M.P.S.

S.U.S.Y.W.I.M.P.S. was written in 1990 for the saxophonist Rick Longden. An acquaintance of mine, with some musical authority, found the original title Cod in a Tank too silly, so I changed it to its present title, which also has nothing to do with the music. If you’re interested, S.U.S.Y.W.I.M.P.S. is the acronym for Super-Symmetrical Weakly Interacting Massive Particles, which, in the space of about three weeks, were postulated into existence and then disproved out of existence again.

The recording, made in 1994 and now fully re-mastered, was released on the same compilation album of post-minimalist music from 1996 that included Icebreaker's recording of Steve Martland's Re-mix, (released in February 2021), both previously long since unavailable.