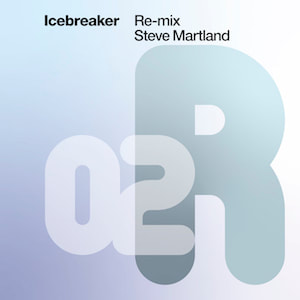 The music of Re-mix is based on a 17th Century model. The title refers ironically to the current fashion in pop music for ‘remixing’ songs. For example new material might be added, existing material reordered, the drum patterns changed etc. So too in this little piece, which was written for improvising/jazz performers, the original material is ‘remixed’ in various ways to sound like ‘hi-tech Baroque’.

​Steve Martland
Introduced to each other by composer Louis Andriessen, Martland’s relationship with Icebreaker goes back to those earliest days, developing into a close rapport of mutual support. Re-mix is one of four Martland works that were part of the band’s early repertoire, with an additional one added after the composer’s untimely death in 2013.​

This performance of Re-mix was recorded on October 12 1991 in concert at Bangor University.​

Remastered, this live recording of Re-mix has a punchy feel, bringing it closer in line with live Icebreaker performances.