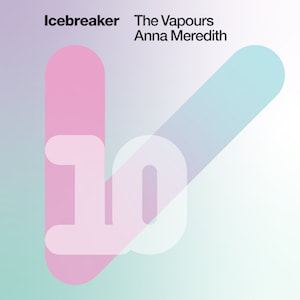 The Vapours
By composer Anna Meredith

1. The Vapours
​- performed by Icebreaker

The Vapours rounds out a set of three Icebreaker arrangements of Anna Meredith tracks from her debut albumVarmints (2016),

Icebreaker have been performing two of the tracks since 2016, inclusive of Nautilus, which has already been released as part of the  2021 Series. In 2019, James Poke also arranged The Vapours for Icebreaker, which was first performed at a concert in Matera, Italy, as part of the European City of Culture festivities.

This recording of The Vapours was captured during an Icebreaker performance at the National Gallery of Art in Lithuania's capital Vilnius as part of the 2019 Baltic Gaida Festival - the same concert at which Nautilus was recorded for our 2021 Series.