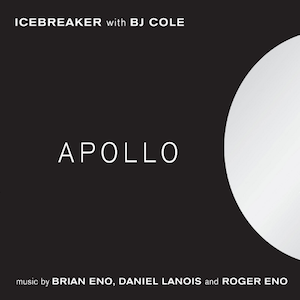 ​Brian Eno, Roger Eno & Daniel Lanois arr. Woojun Lee​
APOLLO: MUSIC FOR SPACE 2009 PROVIDED the opportunity for Icebreaker to collaborate with London’s Science Museum to create a live version of a significant musical work, whose life to date had existed exclusively through the medium of studio recording and audio disk. Tim Boon, Head of Research at the Museum, had conceived the idea of a live version of Apollo, in the context of the 40th anniversary of the first moon landing, to be performed at the museum’s IMAX cinema alongside a version of Al Reinert’s film of the moon landings, For All Mankind. On the suggestion of Ed McKeon at SPNM, Icebreaker were invited to realise the music, allowing the band to begin an exploration of the relationship between recorded electronic and live acoustic sound in a science context, the first of an ongoing trilogy of such projects in collaboration with the Science Museum.

The background to the project is a studio album created by Brian and Roger Eno and Daniel Lanois, released in 1983, under the title Apollo: Atmospheres and Soundtracks, one of the best known of a series of albums in the musical genre of ambient music, which, if not actually invented by Brian Eno, has certainly been defined and made his own. The album had its origins in a project of the American director Al Reinert, who was creating a film based on the NASA film footage of the moon landings, and it was Reinert who had initially suggested to Eno that he might provide music for the film. The original conception appears to be a wordless film with Eno’s ambient soundtrack accompanying throughout. However, a version of the film in this format was deemed not appropriate for general release, and the eventual documentary that resulted, For All Mankind, was released in 1989 in a more conventional feature length format, with some of Eno’s music, both from Apollo and from other ambient albums, used simply as background music.

Tim Boon’s conception was first of all to restore the original idea of a wordless film entirely accompanied by music, and also to tackle the idea of reconceiving an electronic work for live performers. He describes below how the former element was approached; but for Icebreaker the second aspect, of how to re-imagine a studio work for living and breathing musicians, was the key element to solve. To this end we were fortunate to be able to enlist the services of young South Korean composer Woojun Lee (chosen personally by Brian Eno from a shortlist) to carry out the arrangement, as his subtle orchestration skills, particularly using the timbral transition as one instrument fades to cede the sounds or melodies to another, were crucial in finding a way to change a studio composition to a live score. Many of the more ambient tracks offer little in the way of conventional ‘musical material’, in terms of notes and rhythms, and require some lateral thinking in how to transmit the essence of the original in a true but original way. The new version of Apollo, accompanied by a version of For All Mankind edited for us by Chris Jinks, was first performed at the Science Museum London on 20th and 21st July 2009.
James Poke, Artistic Director Icebreaker

IF ‘IN SPACE, no one can hear you scream’, as the publicity for another film says, then certainly no one can hear you talk, laugh or sing, still less can anyone hear Country and Western music. Except, that is, if you are in a spaceship. Outer space is a vacuum and – like Neil Armstrong, Buzz Aldrin and Michael Collins, the Apollo 11 crew – you can travel through it in a private capsule of sound as long as you have the might of one of the technological superpowers behind you. In retrospect it is the discrepancies that are haunting about the first moon landing of 20th July 1969. This singular event pitched the smallness of that tiny capsule of air sustaining the lives of three people against an infinite universe of emptiness; sound against silence; frailty of human lives against the immense power of the Saturn V rocket needed to separate them from Earth; mortality against grandeur; ‘we came in peace for all mankind’ against the dirty competitive politics of the Cold War era.

On earth, anyone can hear you cavil about the motivations for ‘the space race’. That archaic term says it all; it was a ‘race’ with only two contenders in search of a prize of only symbolic value; an inverted metaphor in which the positive triumph of setting foot on the moon stood as proxy for avoiding the negative of obliterating everything we know in a nuclear war. 1969, we might recall, was also the year that saw the release of Richard Lester’s darkly comic post-nuclear fantasy The Bed Sitting Room.
​
The moon landing seemed like the beginning of something big, a continuation of the dynamic that led from the Soviet daring of hurling Sputnik, the first satellite, into space only a dozen years before. This was the realisation of the spirit of HG Wells in William Cameron Menzies’ Things to Come(1936). At the film’s conclusion, conservative forces are trying to prevent the firing of a space gun that will send people to the moon. Wells gives Oswald Cabal, the leader, a speech that pitches humans with lives ‘mattering no more than all the other animals do or have done’ against the destiny of technological progress: ‘It is this, or that. All the universe or nothing. Which shall it be … Which shall it be?’ In 1936, the technocrats offered an alternative to a world war everyone knew was coming, and to living in the smoke-stained ruins left by the industrial revolution. In 1969, Apollo was an optimistic alternative to nuclear war and the environmental concerns of pollution and the squeeze that overpopulation was making on the food supply. Perhaps we need another space adventure to lift our eyes from ‘the war on terror’, and the environmental panic of our own age, climate change.

2009’s first live performances of Apollo accompanied, with his kind permission, a wordless version of Al Reinert’s For All Mankind. This brought out a different aspect of the film, perhaps closer to his experience in selecting from the thousands of hours of NASA footage. In this context, Eno’s music lends the Apollo mission something of the mysticism of that other member of space age culture, Solaris (1972). Andrei Tarkovsky’s interest in his film’s source novel was not at all about technology and the future, but ‘about the clash between human reason and the Unknown but also about moral conflicts set in motion by new scientific discoveries’.

The forty years that have elapsed since the moon landing provide a useful frame for comparison. We no longer inhabit the ‘space age’, a term that once connoted glamour, high tech and the thrilling hubris of space exploration. If you come to the Science Museum’s Making the Modern Worldgallery today you can see a spaceship; not Apollo 11, but the command module of its older sibling Apollo 10, which was, in May 1969, the vehicle for the moon landing’s dress rehearsal. It is an object of some magnetism, a charred lump of palaeotechnology, shaped like a conical vastly oversized pebble. If you peer through its window, you can see that it is crammed with yesterday’s high tech, whose seeming crudeness reinforces the sense of vulnerability we may be inclined to project onto the astronauts. The invisible and ubiquitous software and hardware of today is capable of delivering For All Mankind to our phones; the computer aboard Apollo 11, for all that it represented a triumph of miniaturisation, had a specification closer to that of a 1982 Sinclair Spectrum; 36KB of ROM and 2KB of RAM. And, if you feel nostalgia for the technologically cruder world of 1969, is this merely the desire for a return to the simpler world of childhood, or do we share some of Tarkovsky’s concern about the moral implications of scientific and technological change?

The genesis of the live performances of Apollo owes much to another memorialisation of ordinary lives bound up in superpower conflicts. On Remembrance Sunday 2008, the Science Museum held a short service to inaugurate a new war memorial to honour those in the service of the Museum who had lost their lives during the World Wars. The bugle call of The Last Post rang through the Energy hall of the Museum with an extraordinary and poetic potency, as if it were a requiem for the dead and scarred of the industrial revolution which that gallery memorialises, as much as for the war dead. I wondered what other musical performances might have a similar sense of rightness within a science and technology museum as the bugle call of a war memorial? What music could complement and bring out the drama of the objects we show and the stories we tell? With the Museum’s centenary celebrations in the planning stage, we already had a list of shared anniversaries, with the moon landing at the top. It was, to coin a phrase, a small step to imagine performing Apollo in the company of Apollo 10, but a giant leap for the Science Museum to hold its first ever concert. For this we needed the Mission Control of Ed McKeon at Sound & Music, the organisational skills of Gaetan Lee, Brian Eno’s enthusiasm for a madcap venture, the studious and subtle score-writing of Jun Lee and the unblinking faith of James Poke and Icebreakerthat the largely electronic original could be rendered by an ensemble including accordion, pan-pipes and bass clarinet.

One remarkable aspect of the first performances of the live Apollo in 2009 was a further discrepancy, between the grandeur of big history and the warmth of personal significance. There was a trade, amongst those of us who remembered the moon landings, in what it had meant to us individually. For me aged eight, it was the excitement of normal life displaced with the television moved upstairs and my father holding an aerial out of the window, as if to get the signal better from the moon. For everyone it was at least as much about what 1969 felt like, as about space exploration.
Tim Boon, Head of Research, The Science Museum.

I FELT VERY HONOURED and privileged to be asked to take part in this unique live reworking of Brian Eno’s Apollo music. I first heard the original recording of Apollo in 1985, and it had a significant effect on my career as a pedal steel guitarist, and in particular in the genesis of my own album Transparent Music (1989), which was largely inspired by it.

Tim Boon alludes elsewhere to the fact that it was Eno’s idea to incorporate the pedal steel into Apollo to reflect the mid-western country music tastes of the astronauts. It was also a pragmatic decision, as Daniel Lanois, his collaborator on the project happens to be a fine pedal steel guitarist. The parts he plays on the original recording are simple and idiomatic, which is of course why they work so well. I was excited by the fact that here was a new context for the pedal steel guitar in what was to become known as ambient music. Since that time I have been developing a style and vocabulary on the pedal steel that better reflects these new possibilities.

It is also my great privilege to work with the group Icebreaker. In what other context would I get to work with such an open minded bunch of contemporary musicians? None that I can think of
Lastly, I would like to thank Ed Mckeon for asking me to do it, Tim Boon for making it possible, and most important of all, Brian Eno.
B J Cole 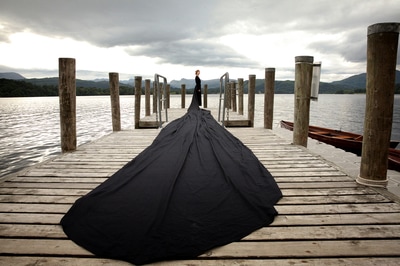 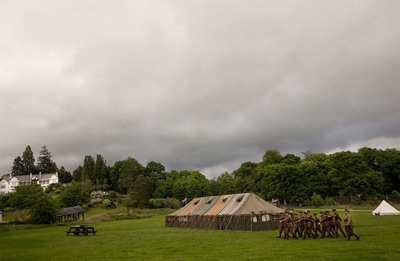 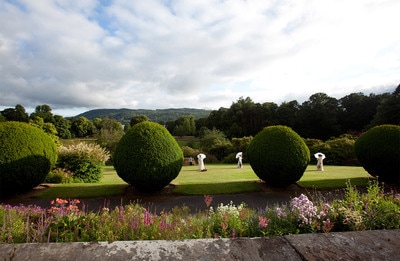 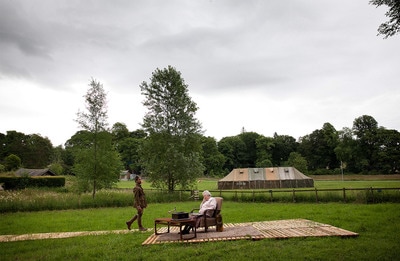 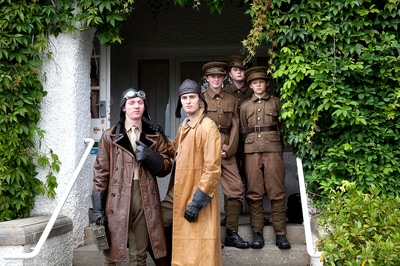 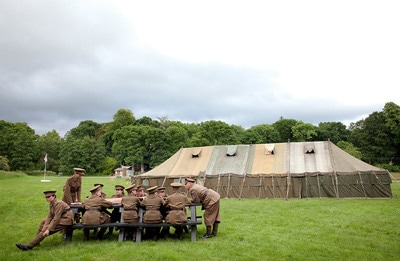 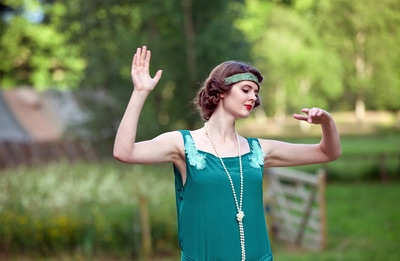 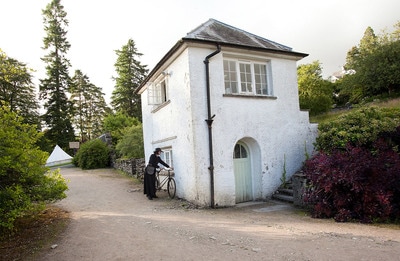 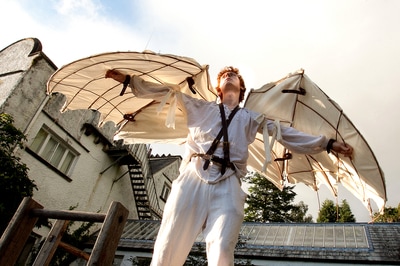